Brand Authenticity in a Crisis 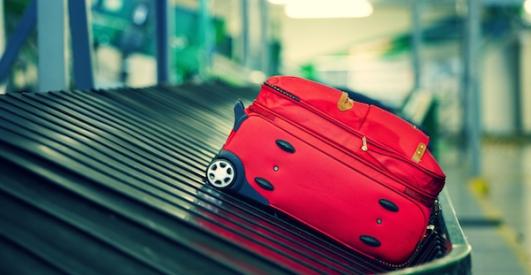 Do you long for the old days when airline jokes were limited to the topics of bad food and the Mile High Club? I bet United does.

As I’m sure you’ve heard, security at United Airlines forcibly dragged a passenger off a full flight to make room for United employees. Of course, everyone pulled out their smartphones and did their part for citizen journalism. The whole mess has gone viral, impacting public opinion and company stock prices.

This is indeed a terrible punch line.

The incident clearly provides some “What Not to Do” lessons for brands that deal with customers on a daily basis.

Just because you can doesn’t mean you should. Most airlines have a policy saying that they can reassign passengers if they overbook their flights. Does that mean they should have had the police manhandle this passenger – a doctor, who is claiming he was discriminated against? Judging by the public outrage about the incident, probably not.

Consider the optics. Brands must look at photos and videos through the eyes of the customer. While United employees may have looked at that video and saw an “involuntary de-boarding,” the rest of us witnessed a man being dragged down an aisle. When there is video (and there will ALWAYS be video), whether it tells the full story or not does not matter to the general public. They see what they think they see. And they will have feeling based on the optics.

Social media drives narratives.  Social media is driving the United story in all sorts of directions; some funny, many critical, all brand-damaging. The prolific and angry online response has, as it often does now in cases like these, become part of the traditional media story. United PR folks should have been out there immediately with authentic information and responses. They would not have been able to stop the tsunami of tweets, but they could have demonstrated the brand’s remorse, laying groundwork for an official apology. Now they just have to wait until #NewUnitedAirlinesMottos dies out.

And speaking of that apology, what was up with that apology? Brands must apologize in a timely, transparent and genuine manner. United’s CEO Oscar Munoz pretty much offered a halfhearted #sorrynotsorry, which didn’t really do much to help. Let’s unpack it:

“This is an upsetting event to all of us here at United.”

Don’t start an apology by feeling sorry for yourself. The event likely was far more upsetting to the passenger involved and the others onboard. If a crisis has hurt others, don’t make it all about the brand.

“I apologize for having to re-accommodate these customers.”

There was nothing about the video that seemed to suggest any kind of “accommodation” was made. And “re-accommodating” shouldn’t be a word.

Overbooking is the secondary issue here. Though it might not be pleasant, anyone who is a regular air traveler knows that overbooking happens. The measure of airlines that overbook is how they handle it. This manner clearly did not measure up.

“Our team is moving with a sense of urgency to work with the authorities and conduct our own detailed review of what happened.”

Moving with urgency doesn’t seem to fit with waiting 24 hours to respond. Further, when there is damning footage and passenger accounts of what occurred, the stock PR answer of “detailed review” falls flat. It seems sneaky.

“We are also reaching out to this passenger to talk directly to him and further address and resolve this situation.”

This qualifies as another stock answer when something more meaningful is required.

Most customers interpret this to mean, “How much are we going to have to pay to settle this colossal mess?”

There is nothing in Munoz’s response that suggests the company feels bad about its treatment of this passenger. What the airline evidently regrets is that there was video of the incident – and that it got caught.

This apology failed. Munoz issued a second one, which was a bit better. But the damage has been extensive. United will not course-correct overnight. It will take thoughtful engagement, real reparations and genuine contrition to restore consumers’ trust and respect in the brand.