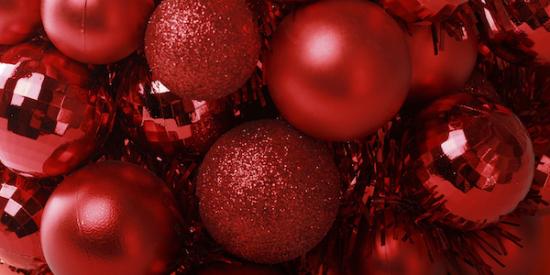 Many Americans are approaching this week feeling tense. Concerned. Wary. And with good reason. Lives will change over the course of the next several days.

I’m speaking, of course, about the unveiling of the Starbucks 2016 Red Holiday Cup.

To me, the holidays don’t really begin until the coffee giant reveals a new beverage container that drives people insane and propels them to the internet to vent their white-hot rage.

I am not surprised by the importance of the return of the red cup. As a marketer, I marvel at the potent power of logo and color to stimulate visceral consumer emotion and instigate public action. As a guy skulking around the interwebs, I am amused by what riles people, and at the same time, terrified by the ease with which they spew vitriol.

This year has been particularly stressful to Starbucks cup analysts and pundits. On November 1, a green cup appeared.

Created to celebrate unity, the green cup caused an unexpected uproar. Designed by Shogo Ota, the art, according to Starbucks, “represents humanity and connection, serving as a symbol for bringing people together as a united community.”

The coffee-drinking masses saw red. Because they didn’t see red.

Many felt the new green design was too political. Purists were angered that it wasn’t Christmas-y enough. And still others threw themselves into the vortex of the online storm because angry Tweeting is now a public sport.

The buzz grew so loud so quickly that Starbucks Chairman and CEO Howard Schultz had to issue a statement:

“The green cup and the design represent the connections Starbucks has as a community with its partners (employees) and customers. During a divisive time in our country, Starbucks wanted to create a symbol of unity as a reminder of our shared values, and the need to be good to each other.”

You can agree or disagree with the wisdom of a brand having – and sharing – a specific point of view and personality. Fifteen years ago, I advised retail clients to stay in the middle of the road and do nothing to alienate shoppers. But that was back when the consumer was mostly just a receiver of messages.

Today, the wired, vocal, opinionated shopper is a contributor to the brand conversation. Consumers want to know all they can about a brand because they need to form an opinion. They are suspicious of ad-speak and spokespersons, and they demand authenticity. A brand has to be real. And if, at the end of the day, the shopper doesn’t like your politics or social opinions or your irreverent attitude, so be it. (There’s always the online “discussion” to keep the name out there.)

Those brands that believe they can still make all the people happy all the time, and that cultivating a vague and noncommittal personality is still a viable marketing strategy, are wrong. At best, shoppers see these brands as disconnected and out of step. At worst, they consider them wishy-washy and weak and suspicious. Either way, they’re not buying.

Which is why I believe the Starbucks green cup was a good idea. It demonstrated a point of view and attempted to do some good in the world.

It also drew attention to a paper cup. (I do so love this business.)

In a recent press release, Starbucks announced that the red cups would be returning on November 10.

Get ready. It’s gonna be a big news week.