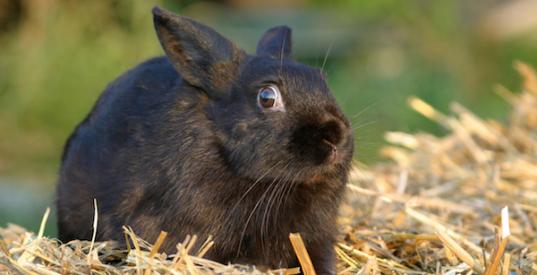 Great advice and inspiration for retail marketers are everywhere.

(Except at my cousin Kevin’s house, where, when I was five, he told me that rabbit droppings were raisins.)

As retail marketers, we are always building something: Moments, memories, credibility, followings, connections, reputations, trust. Creators of displays and signage, as well as those devising entire marketing programs, would do well to consider the meaningful words of architectural and design giants (who are way more trustworthy than stupid Kevin).

Here are seven of my favorites:

“You can design and create, and build the most wonderful place in the world. But it takes people to make the dream a reality.”

Although Walt Disney was neither officially an architect nor a designer, his words should resonate with anyone who works in the creative industries. After all, a place, in his sense, could easily mean a website or a window display. The underlying point is that one can design the most spectacular building or public space, but it takes people interacting with it to make any design a success.

“Never fall in love with an idea. They’re whores. If the one you’re with isn’t doing the job, there’s always, always, always another.”

Characteristically direct and irreverent, this advice from Chip Kidd, the designer behind some of the world’s best loved and most successful book covers, is sometimes hard to take, but it can save a struggling designer time and anguish. Creative people naturally tend to fall in love with their ideas, and it’s hard to know when one simply isn’t working. So it pays to be ruthless.

Made famous by the designer and architect Ludwig Mies van der Rohe, the dictum came to define the brave, utopian ideals of modernist architecture. In fact, the phrase originated in Robert Browning’s 1855 poem Andrea del Sarto.

Although the postmodernism movement of the Eighties and Nineties aimed at redefining this notion (one of postmodernism’s chief chroniclers, architect Robert Venturi proclaimed “Less is a bore.”), the original phrase is still used widely today, especially to chasten artists and designers who get carried away with ideas of their own brilliance.

The adage has also lived on in literature, with many contemporary writers favoring a stripped-down prose style that contrasts with the fancy, flowery prose in vogue in the 19th century.

“Recognizing the need is the primary condition for design.”

Anyone who’s studied design knows that all great creations begin with a problem. Charles Eames did. Along with his wife and business partner Ray Eames, Charles Eames was one of the major proponents of what we now think of as ergonomic, or human design – designing for the needs of the human body. Eames’s stylish and practical approach to design and furniture means their work is still a huge inspiration today.

Apple, under the tenure of its dynamic late CEO and cofounder Steve Jobs, revolutionized the way we see home computers and mobile electronic devices by making them desirable objects in their own right. But as the quote above makes clear, it’s also about user experience. Apple polarizes opinion, but fans say that Apple devices are intuitive and user-friendly, which is of course, is all about their design.

Frank Chimero is one of many to emphasize the importance of people in design, and while this may seem obvious in theory, it often has to be carefully explained to the money guys who may have trouble taking their eyes off the bottom line. Shoppers have become a lot more design savvy since the early days of Macy’s; we now live in a world of almost infinite choice. So if one hopes to sell almost anything, one cannot afford to ignore good design.

Perhaps the most quoted design maxim ever, this pithy phrase is often used in relation to product design, but it was actually coined by architect Louis Sullivan regarding the relation to the design of skyscrapers. Sullivan was a pioneer of tall building design (he’s been called the “father of skyscrapers” and the “father of modernism”), and, though he advocated a function-first approach, his skyscrapers, which include the Prudential Building in Buffalo, New York, were not plain. He was happy to use decorative detail as long is it didn’t detract from the building’s essential usefulness.