What Can We Learn from the Failed Pop-up Experience? - Medallion Retail
Pop-up Retail

What Can We Learn from the Failed Pop-up Experience? 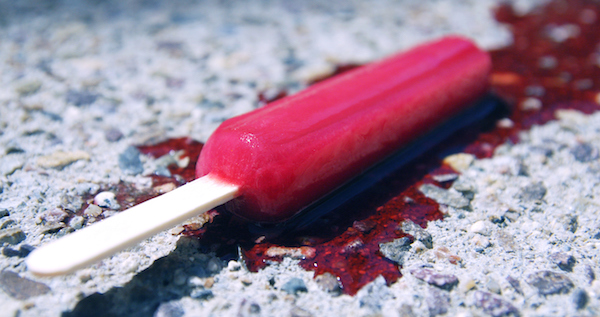 Many have said that experience is the finest teacher. If those people are referring to an experience that ends horrendously, I agree wholeheartedly. Specifically when it comes to the failed pop-up experience.

Experiential marketing – when executed cleverly and thoughtfully – is a brilliant way to connect with the shopper. But when a brand suffers a serious pop-up misstep (and even the best ones do), “connection” is not the best word to describe the outcome. So I offer some alternatives, using some classic pop-up experience fails as examples.

Vodka brand Smirnoff failed to let authorities know about their experiential campaign – using steam jets and stencils to decorate a busy underpass in Leeds, England. They used the “reverse graffiti” technique, and steam cleaned grime off the walls in order to add slogans and motifs.

Despite using eco-friendly techniques, Leeds City Council deemed the activity as vandalism and charged the artist Paul Curtis under the Anti-Social Behavior Act. He paid a cleaning fine of several thousand pounds, which Smirnoff covered on his behalf, with apologies.

The takeaway: Don’t presume your experiential activation will be met with amusement.

This one’s a classic. Back in 2005, Snapple hoped to break a world record by unveiling a 25-foot ice pop in New York’s Times Square.

The frozen treat earned the company more attention than expected when it began to melt; hardly a surprise on an 80-degree day in June. Firefighters closed off streets and hosed down the mess as parts of downtown Manhattan flooded with kiwi and strawberry flavored Snapple.

The takeaway: When organizing a pop-up experience of any kind (involving frozen goods or not) check the forecast.

A little mist on the dance floor can add drama to any event. And if you’re having a pool party, you might want to recreate that atmospheric fog with liquid nitrogen. Or, you might not.

The idea probably sounded great when the marketing guys pitched it for Jagermeister’s pool party in Leon, Mexico. Clearly no one involved mastered high school chemistry. When liquid nitrogen mixes with chlorine, it displaces any present oxygen. The result? Asphyxiation.

Jagermeister’s attendees quickly found themselves unable to breathe. The thick fog produced by the liquid nitrogen concealed those in distress, adding to the disaster. This mistake sent nine people to the hospital and put one person in a coma.

The takeaway: Always conduct rigorous health and safety evaluations before any activation. And make sure to have robust public liability insurance.

Soccer fans are religious in their fervor. Still, when Puma highjacked Ash Wednesday to launch its Italy jersey for the 2014 FIFA World Cup, not everyone cheered. The sportswear brand placed shrines on the streets of New York, Boston, Los Angeles and Chicago, and urged fans to kneel down before the jersey and #StartBelieving.

Puma claimed the decision to launch the campaign on the religious holiday was unrelated. They chose the date, they said, because it marked the first day the jerseys were worn in play by the Italia National Team.

The takeaway: Be aware of other events, holidays, and other culturally significant moments that might overlap with your experiential pop-up.

Rather than causing amusement, the stunt caused alarm. Recipients were understandably concerned that the devices were bombs. In one instance, a bomb squad detonated the device.

The takeaway: Consider the optics. It’s easy to swoon in the excitement of a big idea. Seek outside opinions and perspectives. Clear any planned activity with the local authorities.

To promote Dr Pepper, Cadbury Schweppes decided to run a 23-city treasure hunt. The prize? A gold coin worth $1 million. The drinks manufacturer published a clue hinting that the coin was buried in Boston’s historic Old Granary Burial Ground. The 347-year-old graveyard is the resting ground of American Revolutionary patriots Paul Revere, Samuel Adams and John Hancock. After treasure hunters started to show up at the cemetery, the city quickly closed it. A spokesman for Cadbury Schweppes conceded, “The coin should never have been placed in such a hallowed site.”

The Takeaway: Weigh suitability of the event site from every perspective. A graveyard will hardly ever be a go-to choice. Desecration is so rarely a brand value.