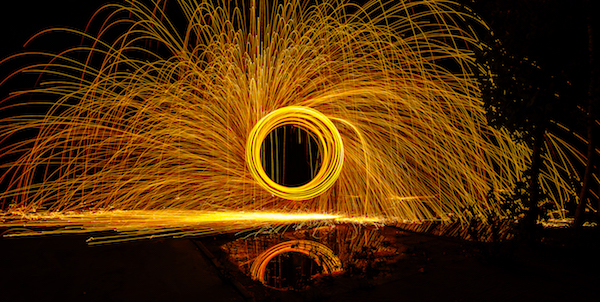 Which plays a bigger role in the development of a killer pop-up shop idea? Is it imagination? Or is it creativity?

Because they’re not the same thing.

Creativity requires an idea to be realistic, executable, and yet still different. Without the possibility of becoming “real,” an idea isn’t creative: it’s imaginative. And while imagination is undoubtedly important when it comes to creativity, the two are very different processes. When we conflate imagination with creativity when pursuing a pop-up shop idea, we set ourselves up for disappointment.

It’s easy to believe that creativity is all about turning the impossible into reality, or about making something from nothing, or coming up with ideas out of thin air. But those things are not what exist within the realm of creativity. Instead, dreamy outcomes are what grow from imagination.

Without understanding the realistic aspect of creativity, many of us head into projects, brainstorms and discussions with the wrong expectations. Believing creativity means that we must turn the impossible into something possible sets us up for failure. Because that’s not what creativity is about.

In his book Where Good Ideas Come From, Steven Johnson describes this point as “the adjacent possible.” The ideas that move forward must be founded in reality if they’re to become reality. The adjacent possible is the next realistic step an idea may take at any moment in time. (Johnson, a New York Times bestselling author, is an inspiring visionary of contemporary culture. Check out some of his other brilliant books: Wonderland and How We Got to Now.)

For example, the automobile couldn’t have been invented before the combustion engine, or the horse-drawn carriage or the wheel. Each invention must have had occurred, in succession, for the automobile to ever come into existence. It would be impossible for anyone to invent the automobile before the idea of the carriage. That’s not to say it would have been impossible to imagine the automobile – a powerful machine capable of using wheels and something like steam or fire – to transport people.

In-fact, many of history’s great inventors dreamed up machines well before they could be made a reality. Those ideas were rarely viewed as creative, but always looked at as ambitious, imaginative, and in some cases, insane.

Creativity is seeing what can exist but does not yet. It’s exploring the edges of knowledge in order to uncover what we don’t know. That doesn’t mean inventing something from nothing, or pulling ideas out of thin air. It means seeing what’s there, imagining what’s not yet there, and filling in the gaps between the two.