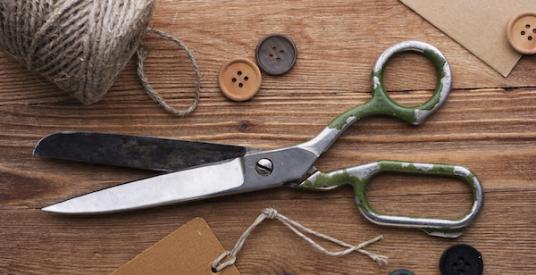 I knew I was a formidable DIY-er when my mom framed my pen and ink drawing of a pen and a bottle of ink, and hung it in the attic guestroom. My friend Wayne embraced his inner DIY Guy when he 3-D-printed a thermal lunchbox, and then sold it to a major retailer for an undisclosed (but staggering) sum.

Wayne and I, and millions of others, are avid DIY enthusiasts. (Clearly, Wayne is much better at it than I am.)

The meaning of DIY has evolved over the past few years. It used to refer to specific “how-to” content, such as “how to build a deck.” But today its meaning is broader, describing any activity that uses one’s creativity to build or design something – baking a cake, decorating a bedroom, creating jewelry or hacking a robot. DIY-ers are Makers.

“Maker” was coined in 1961 in a short film created by Chevrolet. Titled American Maker, the word referred to imaginative people who had great ideas and were able to make something from them. The term resurfaced in the1990s to describe those who brought together technology, creativity and entrepreneurism to create and produce items.

Born out of a societal fear that digital technology and multitasking are impairing our ability to concentrate and connect, the movement (and indeed there is a Maker Movement) is large. There are now an estimated 135 million Makers in America, and DIY is consistently among the most popular Pinterest categories. Maker Faires, festivals that celebrate all that is DIY, showcase art, electronics and craft projects. The first was held in 2006; there are now 151 Faires worldwide. (The 2015 Maker Faires had more than 1.1 million visitors – the same audience size as Taylor Swift’s 1989 world tour.)

And all of these DIY/Makers are shoppers.

Any huge lifestyle trend like DIY is an opportunity for the smart marketer. Retail marketing resonates when it is powered by that which is happening in the world and in the mind of the shopper. Horseradish and soap did not become artisanal by themselves, or by accident.

Makers-inspired marketing can be hugely effective, providing it’s a good and true fit with the brand. If the marketer understands the core story of the Maker and honestly connects that story back to the brand narrative, then the partnership can work. The Levi’s program is successful because the Maker connection dovetails with the company’s focus on authenticity and its working-class, denim roots. Innovation is the cornerstone of GE, so partnering with Makers is an ideal way to shepherd new ideas to market while enhancing the brand.

Smart marketers won’t force an association. If the connection between Makers and the brand feels manufactured, illogical, insincere or false, the strategy will fail spectacularly and the shopper probably won’t want to make amends.