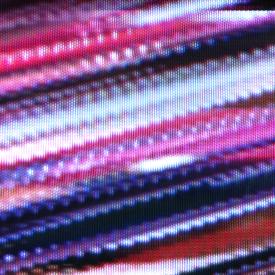 A change agent utilizing synergistic alliances and strategic cross-industry intelligence will empower a company to pivot; a mission-critical move VCs demand and ninjas can crowd source. Valuation is such that

We disrupt this post with a quote from Friedrich Nietzsche:

“The voice of beauty speaks softly; it creeps only into the most fully awakened souls…”

Did that get your attention? Did the sudden appearance of an honest and gentle sentiment seem jarring and weird?  And aren’t you a little bit relieved to have that stream of jargon abruptly end?

Buzzwords are sometimes off-putting. Tech startup buzzwords can be annoying. But the concepts behind some of those words can be powerful for the retail marketer seeking inspiration.

In the second in a series of posts about tech jargon-inspired retail marketing, we look at disruption.

Harvard Business School professor Clayton Christensen is one of the most influential business theorists of the last 50 years. His 1997 book, The Innovator’s Dilemma, brought forth the notion of “disruptive innovation,” an explanation of how simpler, cheaper or unexpected products and services can topple big companies. (Think Kodak and digital photography.)

Disruptive marketing works under the same principle, supplementing traditional tactics with unexpected consumer interactions. It’s about creating a disturbance, a disruption, between what consumers assume they’ll get and what they actually receive. At a time when it is all too easy to tune out “been there, done that” campaigns, it pays to deliver something people can’t ignore.

The idea is to “redefine the predefined” by questioning the experiences, expectations, ideas and beliefs that shoppers take for granted. In an omnichannel world, this means in the store, in the world and online. What are the keys to successful disruptive retail marketing?

Surprise, then delight. Create an unexpected experience for the shopper, and then make her glad she didn’t miss it.

Go against the grain. Be counterintuitive.  Look at what competitors are doing, then go in the opposite direction.

Forget context. Where does the shopper least expect an interaction? What does she think she’ll never see, and where is the last place she would expect to never see it? That’s where a smart retail marketer will go.

Make it interactive. Disruption is not interruption. It’s a platform for dialogue between shopper and brand; an opportunity for exchange and interaction.