Hyperbole Is the Marketer’s Most Magnificent Tool Ever 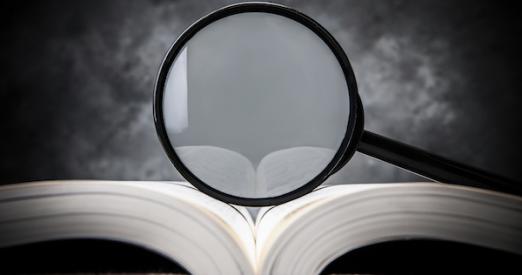 Back in elementary school, I used to get in big trouble for my creative outbursts. Now I get paid for them. (The fact that the former was a youthful I-got-picked-last-for-kickball-again-and-I’m-not-gonna-take-it-anymore outburst and the latter is an on-demand spasm of ideation might have something to do with it.)

A great example of this can be seen in Starbucks’ Race Together campaign from 2015. The program – which sought to give voice to social issues by encouraging baristas and customers to discuss some of the most hot-button problems the nation was facing – seemed a decent and noble idea in theory, given the coffee giant’s community focus.

However, Starbucks’ foray into the sphere of political discourse met major challenges brought on by over-passionate baristas, the necessitated speed of the conversations, and the nature of the topics for discussion. Unfortunately, the campaign did not achieve its desired results. (Though I admire them for trying it, and for realizing so quickly that it wasn’t playing out as hoped.) Some might lay the blame on the feasibility of having sensitive, personal conversations before morning coffee. I think the bigger challenge was Starbucks’ struggle to take the brand into a sphere where its story didn’t naturally belong; it was an over-reach.

There are better ways for a brand to exaggerate and elevate its existing story. The answer is to boldly embrace hyperbole, rather than tiptoe on a tangent. Take, for instance, an interchange between Webster’s Dictionary and Slate Senior Editor Gabriel Roth on Twitter.

In most minds, dictionaries are associated with strict grammarians and those dull language arts classes we all dozed through in middle school. Merriam-Webster‘s social presence certainly didn’t speak to this on a regular basis, though it did provide a consistent stream of correcting commonly missed rules or spellings that kept in line with the dictionary’s rigid authority.

But when the account suggested that “mad” could be used as a synonym for “angry,” it attracted public disagreement from Roth.

M-W’s answer to his sarcastic indignation was simple: no one cares.

The dictionary’s surprising, triumphant divergence from its strict grammar cop persona generated more than 18,000 Retweets and double that number in Favorites. In addition, several articles (including a response on Slate) were written about the exchange. Here was the authority on good grammar, giving the edge to the colloquial, traditionally incorrect usage of a term. It was a risky move that exaggerated the dictionary’s accepted personality, and tweaked it in a playfully startling way that was endearing – but never off-brand.

When the completely stern and proper Webster’s Dictionary basically says, “Lighten up, Francis,” it’s funny and it garners attention. It showcases a self-aware brand that embraces its personality and knows the difference between random and unexpected.