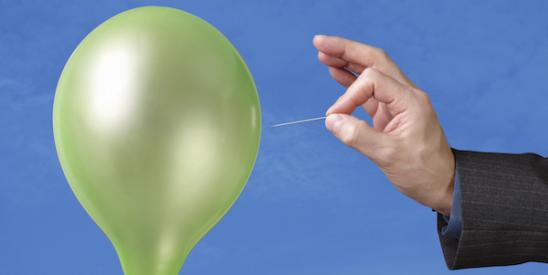 It can be painful to watch faded TV actress Valerie Cherish. She is clueless, vulnerable, imperious and wildly insecure. She can never remember an underling’s name, and she stops conversations that are not about her by suggesting the speaker, “Put a pin in it.”

Valerie Cherish makes me wince. I adore her.

If you’re a fan of cringe comedy, then you’re familiar with the Cherish oeuvre. She starred in I’m It! and, decades later, had a featured role as “Aunt Sassy” in the short-lived sitcom Room and Bored. Then there was The Comeback.

Valerie Cherish, a woman so desperate to revive her career that she agrees to star in a reality TV show, is a character created by Lisa Kudrow. She wrote, directed and bravely starred in two seasons of The Comeback on HBO. Those 21 episodes are available on demand, and I demand them often.

Just last night I re-watched the one where Valerie takes an improv class. In a nod to The Comeback’s sketch-comedy origins, she signs up for classes at the Groundlings workshop (where Lisa Kudrow debuted Valerie). Valerie’s lack of spontaneity and inability to stay in the moment is showcased; she is repressed and selfish, constantly breaking character and making her classmates deeply, deeply uncomfortable.

The Comeback is brilliant TV. And it always makes me think about how marketers must improvise every day. Think about it. The environment is fast-paced. Circumstances change quickly and decisions must be made on the spot.

The rules of improvisation as illustrated in that fateful episode of The Comeback provide a strong framework for creative collaboration:

Say “Yes.” In improv, that’s what it’s all about. “Yes” means that you respect your partner and her ideas. It demonstrates a willingness to go along with an unproven concept. “Yes” signals that you are committed to the new reality that’s being created.

Contribute something. Don’t stop at “Yes.” Say “Yes, and.” The goal is to build an idea; enhance a concept and move it forward. Make it bigger and more surprising. Validate what’s being said by following the lead and adding value.

Make your partner look good. It is said that in improv “everyone is a supporting actor.” Always try to make the other guy shine. People sometimes run out of good ideas and need to be supported. Be there. Become someone who can be trusted to buoy a sagging moment and support the greater good. Have faith, and be faithful.

Pay attention: listen and observe. Being a great listener and paying close attention to detail are among the greatest strengths an improv actor can have. Those who pay close attention to others, listen actively and are sensitive to the context of a situation perform better. Hone in on the details. Consider the body language, tone and inflection of the speaker, and contribute accordingly.

No mistakes, only opportunity. In improv, great scenes are built when mistakes are turned into opportunities. A scene partner may not have intended to fall down that imaginary elevator shaft, but your reaction to her doing so can often lead to a better, stronger scene (and laughter from your audience). Happy accidents happen in creative sessions as well. When someone goofs up, an unexpected response may lead to a fresh perspective.