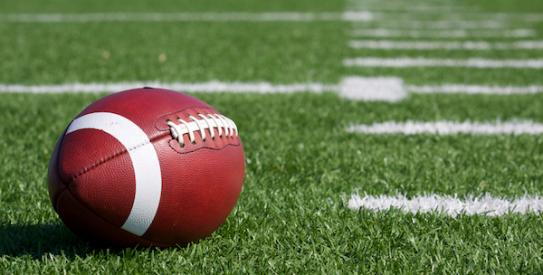 On Sunday, we saw an epic comeback by the New England Patriots and a high-flying half-time show by Lady Gaga. But it’s those commercials – those 30-second brand stories – that we’re still talking about. YouTube users collectively have spent more than 350,000 hours watching Game Day ads on Super Bowl Sunday, the Google-owned video site announced yesterday.

We saw commercials that were funny, weird, challenging, interactive, and even live. Companies took risks befitting the multi-million dollar price tag for airtime. So what brands “won” the big game?

Here are the ten most popular, along with the “big lesson” retail marketers can take away from each:

We all need a hero like Melissa McCarthy. The KIA ad follows the very funny actress as she dedicates herself to saving those in need. And fails spectacularly time after time.

Big Lesson: Funny is tough to pull off, but incredibly effective when it works.

Honda’s commercial includes all your favorite celebrities and their adorable, wildly embarrassing yearbook photos. This ad is not just for us to see what these stars looked like before fame, but reminds us that anyone’s dream can come true if you be yourself and pursue what you love.

Audi elected to speak to America emotionally with this year’s spot, tapping into the culturally engaging topic of gender equality in the work place. Though the ad did that with just the right firmness of touch, the feminist tone earned some backlash.

Big Lesson: Have a point of view and commit to it.

Budweiser is no stranger to the Super Bowl ad game, and this year the brand presented what might be its most provocative commercial to date. There were no cute puppies (sadly), and the Clydesdales only had a brief cameo, but the immigrant Budweiser origin story made for a captivating watch.

Big Lesson: Don’t shy away from telling a sweeping story.

Announcer Terry Bradshaw has a nasty stain on his shirt, and is horrified to see that it’s trending! Tide has the iconic football personality searching frantically for a way to get clean. Jeffrey Tambor comes to his rescue.

Cleaner of Your Dreams

Mr. Clean caused a stir this year as he took his turn as leading man. Many were entertained by the newly attractive reincarnation of the character, while others were perplexed and even disturbed. “Am I … sexually attracted to Mr. Clean?” asked one person on Twitter.

Big Lesson: Changing the context can transform an icon.

If that’s a Buick, then your kid is Cam Newton and his peewee football coach is Miranda Kerr.

The NFL ran an ad that featured babies who were the supposed byproducts of a night of Super Bowl celebration. Von Miller, Michael Irvin, Tom Brady and several others were shrunken to toddler size, but none were quite as memorable as the baby Ditka.

This Ford ad was all about getting unstuck. Fairly quickly, one sees that it’s nice to have someone around when in a jam – or trapped in a wetsuit. The tiny stunt driver with a too-heavy helmet is a highlight.

This beautiful, hopeful spot promoted unity with beautiful images and the tag, “Inside these lines, we may have our differences, but recognize there is more that unites us.”

Big Lesson: Say something meaningful and create a Moment.