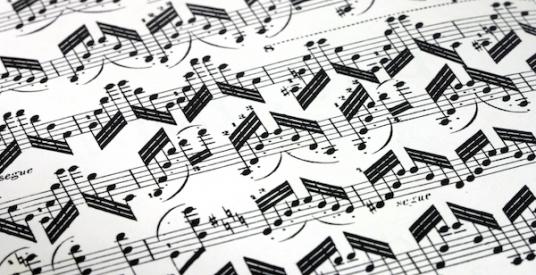 As retail marketing professionals, we all, at one time or another, face the delicate business of giving feedback on creative work. Some are great at it. Others, not so much.

Like the Emperor Josef II of Austria. He was lousy at feedback.

In the film Amadeus, the Emperor isn’t an evil guy. He’s not stupid, nor is he a philistine. He seems an intelligent and honest man trying to do his best for his subjects. And he aspires to culture, as an amateur musician and a lover and patron of music.

And yet, as Salieri points out, “Actually, the man had no ear at all.” This is partly a deficiency of talent, but it’s also a deficiency of circumstance. Because of his position, the composers and music scholars surrounding him are afraid to speak the truth.

The Emperor provokes a mortifying scene after the premiere of Mozart’s “Marriage of Figaro.” The Emperor doles out praise to the young composer. At first he is effusive, telling Mozart it is “an excellent effort.” Mozart is pleased, hanging on his every word, looking for more.

So then you liked it? You really liked it, Sire?

What do you mean, Sire?

Too many notes, Your Majesty?

Mozart understands that this is useless feedback. He remains true to music above all other masters, and challenges the Emperor to back up his judgment by distinguishing between the quantity of the notes and their quality.

My dear, young man, don’t take it too hard. Your work is ingenious. It’s quality work. And there are simply too many notes, that’s all. Cut a few and it will be perfect.

Which few did you have in mind, Majesty?

Let’s look at how the Emperor did feedback wrong so that you will get it right:

He offers a secondhand opinion. It’s hard to defend someone else’s opinion. Because he has merely borrowed Orsini-Rosenberg’s judgment, the Emperor doesn’t know what it’s based on or how to present it convincingly.

He pretends to have expertise when he really doesn’t. The Emperor pretends to be an expert when he is nothing of the kind. He is not a musician, nor even a qualified critic. He’s simply an amateur music lover. And there’s nothing wrong with that, as long as you are honest about who you are and your qualifications to pass judgment.

He fails to provide any criteria for judgment As he is merely regurgitating the Count’s words, the Emperor has no idea of the criteria on which the judgment is based. And unfortunately for him, the Count’s criteria are malicious rather than musical. So he is reduced to offering an ex cathedra judgment that is of no use at all to the artist. (This is the same stance that infuriates creatives when they ask for a brief and are told “I’ll know it when I see it”.

He is tactless. Because he has no experience of receiving genuine feedback himself, the Emperor has no awareness of how it affects Mozart – he doesn’t realize he’s touched a raw nerve and is surprised by Mozart’s hostile response. With even a rudimentary sense of tact, the Emperor would have realized that all the occasion (and composer) called for were a few laudatory platitudes.

He is patronizing. The one aspect of the Emperor’s approach that is slightly commendable is his evident eagerness not to discourage Mozart. There is no malice in his criticism, only ignorance. But because his judgment on the work is flawed, he comes across as patronizing and insincere when he tells him “don’t take it too hard.”

And yes, I know the sheet music image is Paganini work. No feedback needed.

(BTW, eliciting good feedback can be challenging as well, as I covered in an earlier post.)