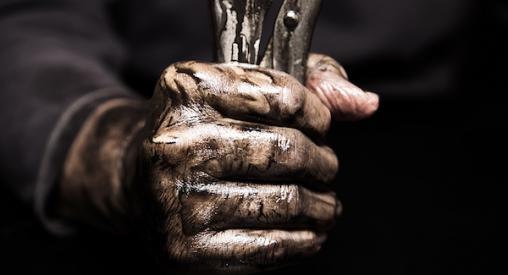 Every once in a while I discover a marketing or creativity resource that is particularly resonant. These are the personalities, books, images and technologies that rise above the noise to convey something meaningful, extraordinary and inspiring.

So I’ve decided to share them here in a recurring series called “Recommended:”

Kicking things off is my review of a remarkable new book by pioneering psychologist and MacArthur “genius” Angela Duckworth, Grit: The Power of Passion and Perseverance.

Too many of us, it seems, give up far too early and far too often. No Grit. (Take this brief quiz to determine how gritty you are.)

Passion is a critical component of Grit, more important than skill or talent. Research cited in the book contends that the minimal talent needed to succeed is lower than most people think. Perseverance matters more.

Without continuous effort, talent is nothing more than unmet potential; nothing beyond what could have been. But with effort, talent becomes skill; effort makes skill productive.

Duckworth’s research has led her to the conclusion that Grit has four components: interest, practice, purpose and hope.

According to the meta-analysis of 60 studies conducted over the past 60 years, employees whose personal interests fit with their occupations do their jobs better, are more helpful to their co-workers, and stay at their jobs longer. Of course, just because a person loves something doesn’t mean he or she will excel at it. Many of the Grit paragons interviewed by Duckworth spent years exploring several different interests before discovering the one that eventually came to occupy all of their waking thoughts.

The third component of Grit is purpose, the desire to contribute to the well being of others. If Grit starts with a relatively self-orientated interest to which self-disciplined practice is added, the end point is integrating that work with an other-centered purpose. “The long days and evenings of toil, the setbacks and disappointments and struggle, the sacrifice – all this is worth it because, ultimately, their efforts pay dividends to other people,” says Duckworth.

The final component of Grit is hope, the expectation that our own efforts can improve our future. The hope that creates Grit has nothing to do with luck, so failure is a cue to try harder, rather than confirmation that one lacks ability.

Duckworth’s book is solidly researched and highly motivational. It is an empowering read that puts forth its ideas clearly and logically. Explore it with intention, and it can be transformative.