Retail and the Art of Curating 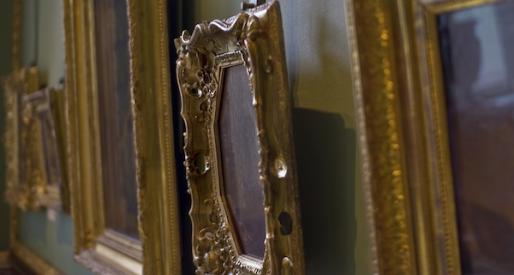 In the good old days (the early 2000s), everybody was a critic. Now everybody is a curator.

The guy who builds the coffee shop playlist? He’s curating.

The stylist who selects a rack of gowns for that A-list celebrity? Curating.

The woman who decides which food trucks get to be at the super-hip flea market? She’s curating (and is probably impossible to live with because she wields power and gets free food).

You’re a curator; so am I. And so is anyone who updates a Pinterest page, an Instagram account or a Facebook wall. The whole world is now pulling stuff together, sifting through it, organizing it and then presenting it to an audience.

That’s what curators do. Before the Internet turned everyone into arbiters of taste, the curator was a rarefied creature, most often found in a distinguished cultural institution. Hans Ulrich Obrist, perhaps the world’s most influential and admired art curator, says that it is not his task to merely display objects within a space. To him, the curator “brings different cultural spheres into contact,” and acts as mediator between artworks, objects and ideas.

Meaningful curating is about using knowledge, good judgment and a refined sense of style to select and arrange objects to create a narrative, evoke a response and communicate a message.

Isn’t that what retail marketers are trying to do every day? Just because the response we seek is “I’ll buy it!” doesn’t make curating for a retail space any less noble or poetic. In this era of the educated and expressive shopper, creating an authentic experience for her is paramount. (Retailer Story has built a business around curating an experience.)

Curated display and in-store interactions – those developed with the intelligence, mindset and eye of an art curator – will resonate and engage. Some thoughts to consider:

Understand and commit to a strong brand story. You can’t involve a shopper in a narrative if the storyline is weak or evasive or too soft. Know clearly where you are going before you start the trip.

Exercise expertise. Deep knowledge is what makes a great curator. Without that base, everything is just general opinion. Be a resource for the shopper.

Tap into emotion. The shopper wants to feel something. How can you create an experience – tell your story – without emotion?

Demonstrate a broad worldview. Greatness can be found across the world or in the neighborhood. Build displays and experiences that feature items and showcase partnerships that give new perspective – whether from across the Atlantic, or across the street.

Provide reason for a second look. A great curator thinks about the details, and understands that it’s the small, clever touches that articulate your story most eloquently. Give the shopper something new to discover, and rediscover.