Retail Marketers: Give Periscope a Look 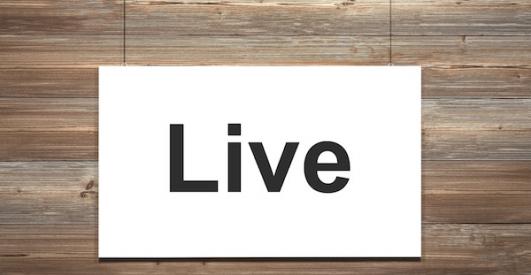 Last weekend, a very foolish Florida woman used a live streaming app to broadcast her (alleged) drunken drive home. She was located and arrested thanks to tips from her real-time viewers, and her story has trended on social and traditional media for days.

Periscope is an app that allows users (called “Scopers”) to share and experience live video streams (known as “Scopes”) direct from a smartphone or tablet. The immediacy of the Scope encourages viewers (or “Scope Watchers”) to participate in what’s happening in the video by sending questions and comments, which the Scoper can respond to in real time. After the event, each Scope is available for viewing for another 24 hours.  (The Scoper is able to save the broadcast indefinitely to her smartphone.)

Twitter introduced the app in March of this year. By August, Periscope had more than ten million downloads and two million active users. There are reports that the app will soon break free from the small screen and be available on Apple TV.

Periscope represents a dynamic new way for marketers to connect with consumers, enabling brands to think beyond producing polished, measured campaigns and instead to tap into raw and unfiltered moments to capture attention.  (See drunk Florida lady above.)

The retail marketer should think of Periscope as a direct window into the unedited world of a brand. The authenticity of a real-time broadcast without Photoshop or post-production is a more trustworthy form of storytelling that viewers will believe, connect with and respond to.

About 40 years’ worth of video is broadcast on Periscope every day.  So it makes sense that major, early-adopting brands – including Spotify, Mountain Dew and Red Bull – have gotten in on the action. The fashion industry was also quick to realize the potential of Periscope (Twitter reports that fashion is one of the app’s most popular categories). The app was the season’s most popular during New York Fashion Week; Tommy Hilfiger, Desigual, Vera Wang, Jeremy Scott, Carolina Herrera and Ralph Lauren all shared behind-the-scenes and runway Scopes.

Periscope is clearly in fashion, but retail marketers should use the app with specific objectives and sound common sense. There are no best practices yet. New apps, especially those with a “live” component, can easily become a playground for some unsavory characters. (Remember Chatroulette and early Snapchat?) Live content isn’t easy to control; there is no way to prevent spam or moderate comments.

Going live means taking a risk. What if a family brand captures indecent language? What if there is pushback about privacy or copyright infringement? What if a brand accidentally exposes company secrets? What if a Scope-bomber (like photo bombers) or troll interrupts a feed? What if a consumer gets angry about becoming part of a brand without explicit consent? Risk can be mitigated, but never eliminated.

But I believe it’s worth the risk. There are many creative ways a retail marketer can deploy Periscope to win attention and drive sales (more on that next time). The app gives a brand a voice that is powerful and perfectly in tune with a shopping public that thrives on experience. It offers unique opportunity to discover new relationships with shoppers, and connect with them using content that is fresh and real. There are no rules yet.

Except don’t Periscope and drive.