Storytelling at the Super Bowl 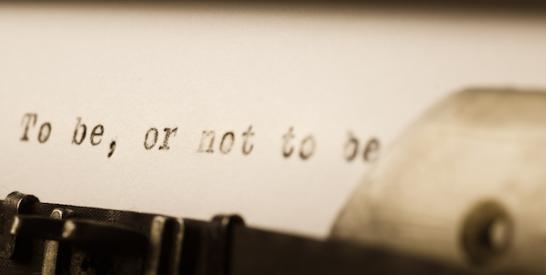 Who are the ones to watch during Super Bowl LI?

The Bard won’t be on the bench this Sunday as the Falcons take on the Patriots. He’ll be in the game, evident in every (great) commercial that airs during the ratings powerhouse event.

Because Shakespeare created the classic storytelling model, and the basic key to Super Bowl ad popularity is whether or not it tells a satisfying story.

Why is being popular or likable important? Even with over 110 million viewers, paying $5 million for a 30-second spot is only a wise investment if the ad can deliver social media buzz, media coverage and be remembered over time (which can come from ranking high in the Super Bowl ad ratings polls). That requires that a real story be told.

Enter Freytag’s Pyramid. Used in ancient Greece and perfected by Shakespeare, the dramatic structure has become a litmus test for good storytelling. In the 19th century, Gustav Freytag formalized the process, crafting the storytelling pyramid that remains the structure writers (and smart ad creatives) use today.

Lays the foundation and opens the door to a wider sequence of actions.

Called a “rising action”, a complication is a folding or layering or events. This is where one point or action blends into another to create a more dynamic story with various (yet related) points.

Here we have the pivotal turning point. Here is where it all changes.

The consequence of a climax, the “reversal” mirrors the “complication” in the pyramid. It’s part a reflection of the complication and in part a sequence of events toward Act 5.

The “moment of release.” At this point, any secrets, questions or mysteries that remain after the resolution are solved by the characters or explained by the author. Sometimes the author leaves us to think about the theme or future possibilities for the characters.

Freytag’s Pyramid is not only the basic structure for great stories, but for great songs, movies, jokes, sporting events, roller coasters, relationships, video games and conversations – almost anything that makes us feel emotion.

During the 2016 Super Bowl, the application of Freytag’s Pyramid was evident in memorable brand stories about overprotective dads, wiener dogs and Doritos-loving babies. (Puppymonkeybaby had no story, unless it was that messing with science could lead to horrifying creations.)

In The New Yorker, Adam Gopnik wrote, “Everything – faith, science, love – needs a story for people to find it plausible. No story, no sale.”

We’ll see which advertisers in this year’s Super Bowl tell the story and make the sale.