Take a Cue From Movie Marketers 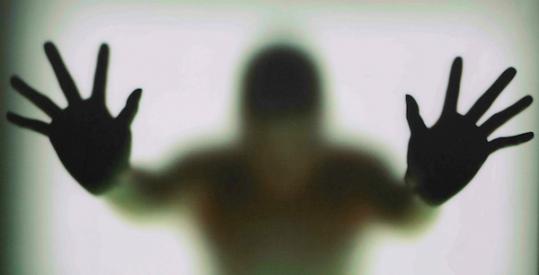 I just re-watched District 9, a complex yet compact sci-fi romp that not-so-slyly holds a mirror up to society. It is a challenging and often funny film that is more than worthy of the tremendous advance buzz it received.

Its pre-premiere promotional campaign was a work of genius. Which inspired me to ponder the fine art of film marketing, and what retail marketers can learn from those campaigns that make movie magic before a single frame is shot.

The competition for the entertainment dollar has never been tougher. If the movie makers want to get attention, they have to think outside the box (and inside the coffee shop or convenience store).

Following are what I consider seven of the most creative and effective movie promotion campaigns (so far). Retail marketers, take note of the bold storytelling, the rich details and the sheer audacity used to stir up emotions (and sell tickets). Great inspiration for a Shopper Moment, right?

District 9 revolved around the concept that aliens were stranded in Johannesburg, South Africa, since 1982, and have been discriminated against ever since. The marketing team began by placing fictitious segregation-positive billboards that read “Humans Only” in public spaces in major cities. Mysterious and off-putting, the signs made the public want to know more.

Next, websites began to pop up related to the fictional Multi-National United organization that polices the alien activity in the film. An anti-MNU website, which decried actions by the organization, was also “discovered.” More than simply teasing an upcoming film, the District 9 marketing team defined its metaphorical underpinnings, sparking discussion about South African apartheid and discrimination in general.

Now 17 years old, The Blair Witch Project remains one of the best-marketed movies of all time. On a promotion budget of only $20,000, the producers saw a return of almost $250 million in ticket sales. How? By playing along with their own charade.

The movie follows three filmmakers as they attempt to uncover the mystery of the Blair Witch. They enter the forest and are never heard from again. To create a sense of mystery around the film, the producers created a “have-you-seen-them” website, which featured childhood pictures of the missing actors, visitor “comments” and loads of backstory. Taking it a step further, IMDb listed the actors in the film as “presumed dead” on their site, fueling the speculation that the “found footage” film was actually real.

Producer J.J. Abrams and director Matt Reeves also constructed their own complex world of viral narrative prior to the release of Cloverfield. Abrams has famously stated that he believes “mystery is more important than knowledge.” He put that philosophy to work with the promotion of this film.

Cloverfield had a legion of fans before it even had a title. The mystery began with just code words and dates. Weeks before the movie’s release, no one could say for certain exactly what the film was about. And yet, because of the maze of clues thrown at rabid minds – from cryptic websites and dead-ends to the re-utilization of Slusho! (a product first introduced on Abrams’ show Alias years before), a Japanese soft-drink (with its own convincing corporate website) that advertised an irresistible “deep sea ingredient” – the movie defied all odds to become a huge commercial and critical hit, a fan favorite, and one of the best films about 9/11 that no one realized was about 9/11.

You wouldn’t think scaring up attention for Stephen King’s classic Carrie would be too difficult (toss some fake pig’s blood on the ground and call it a day). But this 2013 remake was hard to sell (movie goers believed the story had already been told well). So the movie marketers decided to take the Carrie experience off the screen and into the face of an unsuspecting public.

In a hidden camera experiment, producers tested how NYC residents would react to an angry telekinetic girl in a coffee shop. If you’re thinking “with fear and confusion,” you’d be right. Patrons were delightfully horrified as this small woman repeatedly threw a bully across the room using only her mind (and a hidden special effects crew). The “story” dominated social media and renewed interest in the film.

It’s hard to remember a world before Heath Ledger’s iconic Joker performance made its mark on cinema culture. But for millions, that Joker’s influence, as well as the extended imaginary borders of the Gotham in which he wreaked havoc, took hold a year before anyone saw that chilling, scarred face.

The marketing team had fans chasing dollars that were drawn in the Joker’s likeness, hanging campaign posters for Harvey Dent and even calling numbers written in the sky. The campaign involved headlines on real news sites, a traveling agency sending fans on trips around the world and even a mock election.

The viral and in-world campaign became perhaps the most immersive and involving experience that many comic book and superhero fans have had with this most cherished material.

Many Simpsons fans got the surprise of their life when in 2007, Twentieth Century Fox converted a dozen 7-11 stores into Kwik-E-Marts. Convenience store staples were replaced with Simpsons-centric items like Duff Beer and Krusty O’s.

Visitors were encouraged to say hello to and pose with life-sized Homer, Marge, Apu and Bart, who were “shopping” in the store. A sweepstakes – offering a chance to become an animated character on the show – encouraged fans to “come again.”

The recent campaign teasing the arrival of Deadpool was one of the most impressive and entertaining, in that it seemed engineered by the snarky, fourth-wall-breaking superhero himself.

Wired and Screenrant break down the silly brilliance better than I can.