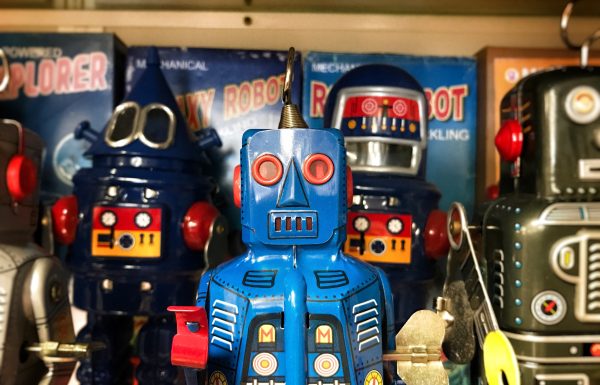 We all know the retail landscape is shifting. Lines constantly blur between sectors – workplaces are becoming stores, sporting warehouses are clothing stores and fashion retailers are experimenting with designer food!

Now, the toy industry is following suit. The demise of Toys“R”Us opened a massive gap in the marketplace. The need for toys remains ever-present – it’s the way they are purchased that’s evolving. This opening marks a new opportunity for retailers to test out their toy aptitude – with a pop-up test.

Target and Walmart are hopping on the toy train with expanded offerings, but it’s retailers like Party City – the bastion of celebratory paper goods, goody bag trinkets and Halloween costumes – that are truly innovating. And it makes sense. Birthday and holiday parties, that Party City can supply for, work hand-in-hand with gifts. But even if the premise is logical, the retailer needs to make sure it’s a good investment before going all in with expansion.

Party City  is launching 50 pop-ups at their Halloween City locations, then rebranding the sites as Toy City stores for the run of the holiday shopping season.

Party City isn’t alone. Headed by Ellia Kassoff, KB Toys is looking to rise from the ashes and jumpstart the brand, starting with 1,000 pop-up stores for the holiday season.

According to a Party City spokersperson, this pop-up test aren’t about profit; they’re “really about testing, evaluating and assessing Toy City in a controlled and strategic way.”

If they aren’t meant to drive profit, what’s the point? The answer is simple: data. Brick and mortar retailers have learned from their e-commerce brethren that data can be more valuable than sales – it’s gold for refining and safeguarding initiatives. Analyzed and strategized, that data can lead to lots and lots of sales. Both KB Toys and Toy City will gain invaluable insights into the best toys, the most popular brands and who’s buying. Even better, they’ll be able to identify unsuccessful products – the toys nobody purchases and that are weighing down inventory costs.

Beyond the product level, they’ll be able to assess whether toys are a synergistic fit.

The answer could vary based on location, demographic and season. Maybe a pop-up test in Omaha rakes in massive sales, while a Boston location barely breaks even. Instead of nixing the toy stores altogether, they could determine the best markets for launch.

Tapping into the holiday season rush seems like a no-brainer. But they’ll also want to test the waters for the rest of the year. November successes for Toy City and KB Toys don’t mean April or August will be equally lucrative.

In addition to dollar data, KB Toys and Toy City will come away with immediate insights and inputs. Whereas in the past, feedback was accomplished by surveys which could be unreliable or unanswered by customers, a pop-up test offers real-time intel.

[bctt tweet=”Pop-ups give retailers a full-fledged focus group on steroids. The volume of feedback is exponentially larger and real world. ” username=”medallionretail”]Without shoppers even knowing it, they are providing authentic, unadulterated feedback on product array, individual purchases, messaging, display – a variety of info that could never be fully captured through traditional testing and survey methods.

There are a few ways to gather this information. Cameras can track which products garner the most attention and time from shoppers. HappyOrNot buttons have gained a large following for their simplicity with both consumers and retailers.

Not everything needs to be tech-based. Live conversations with shoppers can put qualitative reasoning behind the dollar data. This requires an effectively trained sales staff – one that knows how to interact with shoppers and probe without being badgering or annoying.

It’ll be interesting to follow the successes of these toy-centric pop-ups, and how each retailer chooses to move ahead with permanent store expansion. Will they both choose the same route? Or will each set of pop-ups provide unique insights about the path forward? As Buzz Lightyear so famously proclaimed as he popped out of the toy box, “To infinity and beyond!”

At Medallion Retail, we’ve been toying with pop-ups for years – to great success. If you’re interested in exploring new terrain and want to pursue a pop-up route to get there, get started today by reaching out to Michael or Chris at engage@meetmrpopup.com.