The Evolution of Consumerism in America - Medallion Retail
Strategy

The Evolution of Consumerism in America 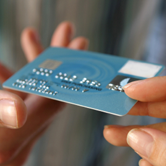 Consumerism is a lot newer than most people think. What we consider the Consumer Phenomenon and all it involves started just after World War II. The GIs who came home were given low-cost government-backed mortgages to buy their own homes. A boom in home building created a demand for things to put in those homes; a broad-based mass search for “stuff” touched off the consumer epoch. All of this was made possible by the incredible production capacity that was created to win the war; plants that had produced tanks started churning out refrigerators by the millions. But while we have used the same word since then, consumerism has actually had major evolutions over a relatively short period of time.

In the 1940s and 50s, the great shifts in supply and demand turned the American consumer’s landscape from a search for “any stuff” into a quest for “the right stuff.” In the first post-war years, even if you had the money, you might not have been able to get the stuff. This was a key formative period of the American consumer experience; the upper hand belonged to the marketers who controlled availability. Consumers accepted virtually any rules to get the stuff they wanted. This recalls the General Motors hierarchy where dad started out in a Chevy and “earned” his way up to the near-impossible dream of owning a Cadillac.

The 1960s and 70s brought us “stuff with karma.” The things we bought needed to have an identifiable element, cachet or specialness. Volkswagen exemplified that ideal with the lovable Beetle. Here was a car originally designed for the people of the Third Reich. Somehow it took on a warm and fuzzy nature and became one of the most popular automobiles on America’s roads. (The Volkswagen “thing” was an even odder phenomenon. Here was a German army staff car, painted vivid orange, that somehow became the darling of the surfer set and other “cool” groups.)

In the 1980s, Americans moved up a notch in the world. We sought out “really nice stuff” regardless of the price point. “Beamers, Benzes, and Porsches” became badges of accomplishment.The economy stumbled in the first half of the 1990s and American consumers moved painfully from “really nice stuff” to “the only stuff I can afford.” Instead of trading in our cars every three years, we let them get older. An estimated 60% of U.S. registered automobiles were more than seven years old; 40% topped ten years in age. This was also the period when leasing (which lets you get more car for the same monthly commitment) really began to take off.

In the second half of the 90s, the nature of stuff in America changed again and we entered the “possibility paradox” in consumerism, where the way we defined things made them more affordable and less intimidating. Luxury car companies came to the realization that you can’t keep selling $70,000 cars and grow as a company, so they redefined the idea of luxury and invented a new counterpart – affordable luxury. Suddenly, Mercedes Benzes came in a more compact size with a more compact price – but they were still Benzes. American car companies also created the “luxury SUV,” which is another way of saying “very expensive truck.” So you could buy a truck with all the trimmings that cost about as much as a luxury car.

From about 2001 to 2005, we learned how to buy “the stuff that matters to me.” With availability being very high and most costs having come down (thanks in large part to overseas production), we got to pick and choose among an apparently endless number of choices. Every customer satisfied, guaranteed!

Beginning around 2006, with much of our consumable production taking place overseas, we moved into the era of “the stuff that binds the globe.” This phenomenon has raised living standards around the world, which may be a good thing for America. What’s happening is not simply globalization of the economy but global consumerism, where more and more people across the planet have access to the stuff that matters to them. Consumerism is something Americans essentially invented and something at which we excel.