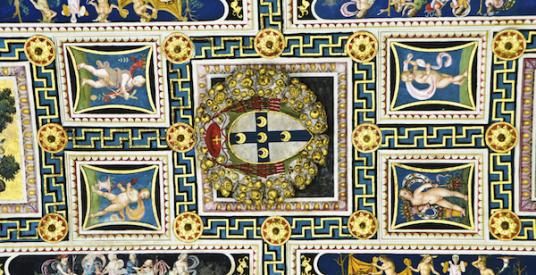 During the two hundred years between 1400 and 1600, Europe witnessed an astonishing revival of drawing, fine art painting, sculpture and architecture centered in Italy. The Renaissance. Is it too much to say that the retail marketing industry is undergoing a similar evolution? (Because I’m saying it anyway.)

Up until the Renaissance, painters and sculptors had been considered merely skilled workers, not unlike talented interior decorators. However, in keeping with its aim of producing contemplative, classical art, the Italian Renaissance raised the professions of painting and sculpture to a new height. Prime importance was placed on “disegno,” a word whose literal meaning is “drawing” but whose sense incorporates the complete design of a work of art. “Disegno” constituted the intellectual component of painting and sculpture. Is it too much to think of retail marketers as modern practitioners of “disegno?” (Because I’m thinking it anyway.)

As the rules and standards of the retail business have changed, so have the required mindsets of marketers. There has been a sizable shift from “do-er” to “thinker” over the past several years, thanks to Big Data, social shopping, online review systems and demanding shoppers. Our work has become more refined, more narrative-driven and more visually thoughtful. That’s pretty Renaissance-y if you ask me.

The Italian Renaissance was noted for four elements, each of which speaks eloquently to then and now.

The first is a reverent revival of Classical Greek/Roman art forms and styles. In their search for a new set of artistic values and a response to the courtly International Gothic style, Italian artists and thinkers were inspired by the ideals and forms of ancient Greece and Rome. This was perfectly in tune with their desire to create a universal, even noble, form of art that could express the new and more confident mood of the times.

The second important element of the Renaissance is a faith in the nobility of Man, or the notion of Humanism. A philosophy which had been the foundation for many of the achievements of pagan ancient Greece, Humanism downplayed religious and secular dogma and instead attached the greatest importance to the dignity and worth of the individual.

Painters took an increasing interest in the representation of the visible world instead of being confined to that exclusive concern with the spirituality of religion that could only be given visual form in symbols and rigid conventions.

Artists, freed from monastic disciplines, displayed the main characteristics of this style in the stronger narrative impact of their religious paintings, adding more humanity of sentiment and appearance to their revered images.

Shoppers – individuals – are a critical part of their retail experiences. Their humanlike feedback and input are sought and valued. And trusted.

The next critical element of the Renaissance is the desire to maximize depth in an image. This represented a huge visual leap forward, and required the mastery of illusionistic painting techniques (such as linear perspective, foreshortening and, later, quadrature).

Finally, the fourth element of the Renaissance is the naturalistic realism of its faces and figures, enhanced by oil painting techniques. The Renaissance era in art history parallels the onset of the great Western age of discovery, during which appeared a general desire to explore all aspects of nature and the world. European naval explorers discovered new sea routes and established new colonies. European architects, sculptors and painters discovered a desire to study and imitate nature.

This saw the appearance of individual character in portraiture, and the introduction of details to landscapes.

Retail marketers are encouraged to keep things real. The “old-fashioned” ideas of authenticity and sincerity are now cornerstones in the creation of effective retail experiences.