The Right Brain Is Your Brain - Medallion Retail
Strategy, Creativity

The Right Brain Is Your Brain 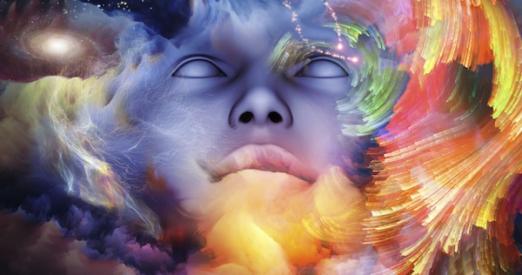 Competition is fierce. Shoppers are demanding experiences. Dollars must work harder. The “store” is now a destination. There has never been a more challenging – or more invigorating – time for retail marketers. A new level of fearless creativity is required. To get the thoughts flowing, we offer the final in a short series of posts about creativity.

I can never remember what side of my brain does what; is the left side driving creativity? Or is it responsible for my math skills? (If that’s the case, I know one hemisphere that is not holding up its end of the workload.) I always falter when someone asks if I am right-brained or left-brained.

Turns out I am none of the above. And neither are you.

More and more scientists and researchers are finding that the right brain/left brain division theory is just not true.  To say that one half of the brain drives creativity while the other handles analytical thought is grossly oversimplifying the complex work the brain does.

“I mean, there are huge individual differences in cognitive strengths,” says Sarah-Jane Blakemore, a University College London professor of cognitive science. “Some people are more creative; others are more analytical than others. But the idea that this has something to do with being left-brained or right-brained is completely untrue and needs to be retired.”

The right brain/left brain theory was borne out of the examination of a series of 16 operations done on epilepsy patients by doctors working with Roger W. Sperry, a Nobel-laureate neuroscientist at the California Institute of Technology. Post-surgery study of the patients showed a shift in information processing. Because of its pop culture appeal (and the overwhelming, human desire to categorize and explain ourselves), the media picked up on the story, and the myth was created. (Never mind that Sperry himself warned that “experimentally observed polarity in right-left cognitive style is an idea in general with which it is very easy to run wild.”)

One can see why the theory caught on. It is satisfying to finally “understand” something so complicated as the way we think. There is great beauty in that simple explanation. (As evidenced in a series of stunning ads for Mercedes Benz.)

But there has been a cost associated with buy-in to right brain/left brain theory. The flames of creativity have been snuffed out in some who were told that making ideas wasn’t their thing, or that they were perfectly suited for accounting work. Boom. You’re creative, you’re not.

The good news is that studies have shown that a person’s creativity is only likely to be 30% determined by genetics.The other 70% is determined by how they were nurtured in their upbringing and in the workplace. So, if a person is seen as being more creative, or if someone doesn’t believe himself or herself to be creative, it is much more likely that this is based on outside influence than by how their brain is structured.

This is empowering. This means that people can shift their perspective and remove their own creativity blocks. This means that anyone can be an idea person. (Granted, some better than others).

How can formerly left-brainers strengthen their creative output?  A couple of starter ideas: