This Is Your Brain on Stories 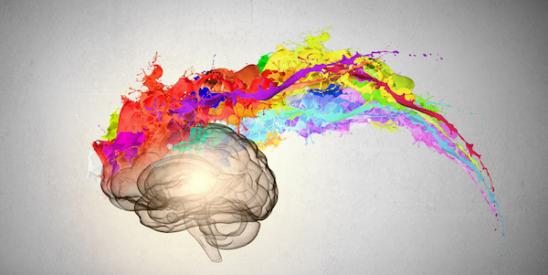 That’s the phrase mom and dad use to grab the attention of an unruly kid determined not to go to sleep. That’s what a savvy person says at the beginning of a presentation. And that’s how an effective retail marketer initiates a conversation with a shopper.

That phrase is powerful, with immense meaning and resonance. Without a doubt, “Tell me a story” affects people emotionally.

Turns out, the effects are physical as well. Our love for stories isn’t merely anecdotal. It’s scientific fact. Human beings have a biological need to hear stories.

The arts and sciences have had an uneasy relationship over the past couple centuries, as science has attempted to disentangle itself from its roots in superstition and magic and build a firm foundation on more empirical grounds. So lovers of film and literature may react with suspicion to any attempt at neurocognitive analysis of their passions.

But understanding our hardwired need for narrative coherence doesn’t diminish the aesthetic power of a great story. Nor will it enable us anytime soon to program computers to write like William Shakespeare. But it may help to explain what’s going on when we are mesmerized or gobsmacked or haunted by the latest episode of Stranger Things.

Harrison Monarth of Harvard Business Review addresses the origin of storytelling in a post entitled “The Irresistible Power of Storytelling as a Strategic Business Tool.” In the piece, Monarth cites neuroeconomist Paul Zak, and comments on the ability of storytelling to “evoke a strong neurological response.”

Zak concluded that when a story captures our imagination, we become invested in it. This can be explained by a neurochemical within our brains called oxytocin, which is typically produced when we experience kindness. One of the biggest things that oxytocin synthesis does is to enhance empathy. In other words, oxytocin allows us to relate with one another, to honestly feel each other’s emotions.

Oxytocin gives the “it’s safe to approach others” signal in the brain. Zak discovered that:

In other words, when oxytocin is released, it is more likely that people will trust the situation and the storyteller, and they will take whatever action the storyteller asks them to take.

That’s why, when brand storytelling is utilized masterfully, it creates the type of emotional investment that truly connects with the shopper. This investment keeps her coming back for more, and transforms her from a story lover into a brand evangelist.