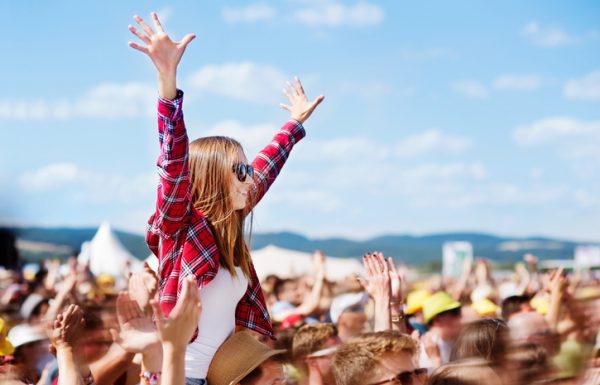 Big festivals and conferences are the ultimate battle ground for pop-up retail, pulling in massive audiences of consumers and the media, all waiting to be wowed. They’re some of the best places to build enticing activations to grab attention and post-event buyers. And if festival pop-ups are the playoffs, then SXSW pop-ups are the Super Bowl.

The annual South by Southwest festival occurred last month, bringing almost half a million people together in Austin for music, films and cutting edge educational sessions.

What used to be a launchpad for innovative products and brands is now seeing big names attempting to take over the festival, with well-recognized media, app and even retail companies putting together show-stopping events and activations. While to some the stomp of the big brands can be a turnoff, the best of them managed to bring ingenuity, creativity and an irreplicable experience to retain that crucial element of delight.

Here are some examples of the most successful SXSW pop-ups and what retailers and retail brands can learn from them.

HBO showed that you don’t have to reinvent the wheel

HBO has been known to invest heavily in their SXSW pop-ups as activations. Their Game of Thrones immersive experience wowed fans and impressed social media followers, and this year’s pop-up did not disappoint.

The premium channel spared no expense with their elaborate Westworld installation, where they recreated the entire set for fans to enjoy. The pop-up included 60 actors, six stunt people, five bands and six horses, all existing in an intricate scene.

The idea itself was very similar to their 2017 installation – bringing to life the details of a hit show – but its intricacy and creativity still shined. What’s more, the experience was true to the show and to the HBO brand. And even though audiences who had seen the show knew what to expect, that didn’t make it any less noteworthy and memorable.

Though HBO doesn’t fall under the umbrella of a retailer, you can – and should – still learn from them. If you have a runaway success where people are clamoring for more, give them what they want. As an entertainment company, HBO knows that big money and big word of mouth roll in from repeat viewings. At some point, you reach a point of diminishing returns, but until then, keep the foundation in place, and tweak for a few unexpected surprises. When a pop-up aligns to your brand and lets your company sing, it’s a priceless investment.

Headspace tells us simplicity can win

HBO’s Westworld activation was stunning, extravagant and unforgettable. But sometimes less is more. Headspace, the mindfulness meditation app, took this approach with their simple one-room mindfulness display. They created a peaceful hub for audiences to come, relax and experience meditation.

Beautyrest teaches us to capture the essence of a brand

Beautyrest may sell mattresses, but that doesn’t mean they want to be thought of as just a mattress company. They’ve redefined their mission to be more: a sleep company.

In an attempt to sway consumer perception, the brand leveraged SXSW pop-ups to create an interactive sleep experience. Partnering with composer Max Richter, who recently released an eight-hour track called Sleep, Beautyrest filled a room with 150 mattresses for an exclusive group of people to stay the whole night, listening to the soothing epic song and getting some restful z’s.

The mattress company honed in on what they wanted their brand to encapsulate and executed with finesse. Combining a relaxing night, a musical tribute to sleep and an ambiance of rest gave their audience a night to remember – and dream about.

Tito’s reminded us to take to the streets

It’s clear that mobile pop-ups are a winning trend. Why not swing for the bleachers and take your installation to an event with tremendous foot traffic and visibility?

A conference like SXSW takes over the entire city of Austin, drawing in hundreds of thousands of visitors within a few days. Deploying a mobile pop-up in this setting can be a great way to expand your brand’s reach beyond a single shop, house or bar.

That’s exactly what Tito’s Vodka did. In addition to a lounge at the SXSW pop-ups Outdoor Stage, the company took the fun on the road with their Tito’s Bus that offered free, alcohol-filled rides and ran in a constant loop over the course of all ten days. What’s more, Tito’s popped up for social good, discouraging drinking and driving and giving all cash tips they received from delighted riders to Health Alliance for Austin Musicians (HAAM).

Ultimately, the bus was experienced by thousands and seen by even more. Now magnify this by all the social media posts courtesy of riders capturing the one-of-a-kind trip on their cellphones. The reach and engagement possibilities of a mobile pop-up at a conference are unquantifiable.

This year’s SXSW may be over, but there are plenty of other conferences and festivals on the horizon. [bctt tweet=”Events like Austin Ideas Festival, Coachella and even BlogHer present opportunities for retailers and retail brands to wow, delight and engage consumers directly via pop-ups.” username=”MeetMrPopUp”]

At MR Pop-Up, we can put you ahead of the curve, helping you conceptualize, plan and execute exciting pop-ups that fit the unique world of conferences and festivals across the country. Get started by reaching out to engage@meetmrpopup.com today.