Total Market Advertising and the Run Up to Majority-Minority 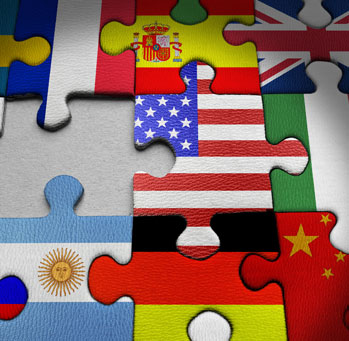 The last Census yielded a lot of intriguing data, including evidence that minority populations are growing at a faster pace than experts initially predicted. Demographers are now projecting that the United States will reach “majority-minority” status—meaning that the country’s total non-white population will exceed its white population—sometime around the middle of the fourth decade of this century. Four states—California, Hawaii, New Mexico and Texas—as well as the District of Columbia, are already there. If you only count children under the age of five, 14 states already meet the mark. Perhaps the only people more jazzed about this news than demographers are brand marketers. So let’s put this in context for them.

Multicultural advertising has been around for some time—serving the needs of brands that chose to break out of their traditional communication models to reach more diverse cultural segments. Today, communicating with traditionally underserved populations is no longer one option among many. Rather than being a choice, it is now an absolute necessity—and this means so much more than targeting specific demographics with messaging that only they can relate to. It means seeing the total market and trying to appeal to most of it. Retail marketing is fast becoming much more inclusive, rather than exclusive. What is the “total market” exactly? And what role will it play in your brand’s future? Here are a few possibilities to ponder.

In a majority-minority society, everyone can say, “I am a multicultural.” Even if it’s not entirely true for some, you don’t need to fit the traditional definition of “multicultural” in order to be multicultural in the total market. This way of thinking will become more and more entrenched as we approach the 2040 threshold. The implication for your brand right now is that everyone, on every level—from the salesperson on the retail floor all the way up to the corporate CEO—must strive to make your products attractive to buyers of many distinct backgrounds.

Demographics Will Always Be Relevant

It’s easy to assume that a “total” market absorbs all demographics into one, but that’s not the case at all. Niche marketing will remain an integral part of total market strategies—but with an eye towards including rather than excluding. That means capitalizing on cultural insights that transcend boundaries—rather than resorting to well-worn stereotypes and inside humor.

Out with the Old…

Because European countries are showing much lower immigration rates than the U.S., as their populations age, their labor forces will shrink. According to the Brookings Institute, that’s not the case in America, where younger immigrant populations are preventing comparable declines in the U.S. labor force. That’s great news for our economy, but what does it mean for advertisers in the total market? In short, the bulk of the purchasing power will come from the children and grandchildren of individuals who have come to this country in the last two or three decades. That their numbers are growing is significant, but the fact that these demographics are also younger means they hold the keys to the long-lasting success of your retail brand.

…And in with the New

In the coming years, the makeup of the total market will be determined not by one cultural demographic or another, but by the actions and tastes of Millennials as a whole. They haven’t been in the game for long, but they’re already changing the rules. How? For one, by defining themselves and their cohorts not by ethnicity—but rather by the information, products and services, and pop culture they consume. And two, by using technology to build the bridge between what they consume and what gives them meaning. Capturing the Millennial audience requires communications that don’t simply meet at the intersections of different cultural conversations and experiences, but that instead clearly point to the paths on which those intersections will take them.