What Really Happens in a Brainstorm - Medallion Retail
Strategy, Creativity

What Really Happens in a Brainstorm 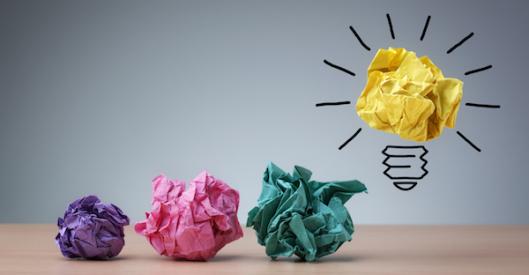 I love a great brainstorming session. The problem is, in my 20-year career, I’ve only been to three. Maybe four.

Creating and exploring ideas is difficult to do in a large group. Because people – your most likely brainstorm participants – tend to have personalities and emotions. The old-school approach was to bring as many types as possible into the brainstorm; the more, and the more diverse, the merrier.

Turns out, mixing an insecure vice president with an ambitious intern, an over-stressed account manager, a confused guy from Accounting and an analytical art director will generate more bad feelings than ideas.

I believe it is very difficult for a large-group (9 or more; see Jeff Bezos’s two-pizza rule) to do synthesis work. Generally speaking, increasing a group’s size lowers its average level of expertise. That’s why we all know how bad “produced by committee” looks.

Use the brainstorm to elicit visceral reactions, to explore overarching possibilities and to understand the story to be told. Remember, groups are better at piecing things together than they are at creating the individual pieces.

My rule of thumb: create alone, decide together.

What are the big idea killers in an overpopulated (or poorly-populated) brainstorming session?

Thought blocking. When other people are talking, the rest of the group has to wait. This can cause contributors to lose focus on their ideas or dissuade them from speaking at all.

Social loafing. Knowing that the group can collectively pick up individual slack, some people tend to minimize their contributions or go silent on important points (“Someone else will mention it…”).

Evaluation apprehension. Although many brainstorming sessions attempt to leave evaluation out until later, everyone knows the group is reacting to their ideas as soon as they hear them.

Heightened willingness to compromise. The brainstorm is conducive to compromise because it dilutes the average level of experience in a setting built around spontaneous suggestions. The result is a collective search for common ground, and common ground is not where the breakthrough concepts are found.

While never stated, the implicit brainstorm objective is “let’s just find something we can all agree on.” But a brainstorm is not about finding agreement. It is about finding alignment. Alignment means you can have reservations and even doubt, but you’re choosing to commit to and facilitate the final decisions made. Alignment is always necessary; agreement is not.