Can Retailers Learn From a Monster? 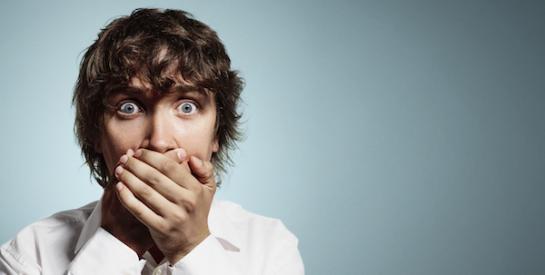 Of course everyone saw the epic gridiron battle fought on Sunday. The combatants were in top condition; strong-willed, disciplined and determined to win. Plus, they were so darned cute and furry you could just eat ‘em up. Nom, nom, nom.

What? Puppy Bowl XII, duh. On Animal Planet. It was only the greatest football game ever that featured 44 puppies, silky chicken cheerleaders and a kitten halftime show. If you neglected to watch, you missed the single most adorable match-up in sports history.

Though I hear that those who tuned in to the counter programming saw some endearing pups as well. Heinz, Subaru, Doritos and Honda all debuted Super Bowl 50 ads featuring canine talent. As did Mountain Dew. Sorta. They used a third of a dog.

PuppyMonkeyBaby was unleashed on an unsuspecting public during the game’s first quarter. Acting as a new, furry face of Mountain Dew, PuppyMonkeyBaby sports the head of a sad-eyed pug puppy, the torso of a monkey and the diaper-wearing bottom and bowed legs of a baby.

There’s been a lot of buzz about PuppyMonkeyBaby; seems everyone has something to say about this Dr. Moreau project. Some of the chatter is good. Some is not. Very little of it is about Kickstart.

Once upon a time, Super Bowl spots were spectacular feats of visual storytelling that grabbed attention, pulled a heartstring and then told viewers something about the product being sold. Today, ads seem only to want to drive consumers to post something online.

PuppyMonkeyBaby trended big time. The soda-pushing atrocity had his very own parody Twitter account (since removed) that described itself as “not associated with whatever the hell that PuppyMonkeyBaby was supposed to be advertising.” A typical Tweet: ”I am a crime against nature. Why would someone create me just to sell soda? Please let me die.”

Of course, not everyone was quite so disturbed by PuppyMonkeyBaby. The media went insane. Young men in particular seemed to love the alien-voiced, mashed-up critter. And who drinks Mountain Dew? PuppyMonkeyBaby is tailor-made for the digital bros; he’s GIF fodder, meme material, a YouTube star. But my old-school ad mind still believes that target audiences ought to remember the product name, rather than that of the spokes-creature.

That being said, retail marketers can learn something from PuppyMonkeyBaby, if they dare gaze into his dead eyes. The Mountain Dew Kickstart campaign does some things right, displaying qualities that mirror those of a great shopper experience or moment. PuppyMonkeyBaby is:

Memorable – Some things touch you, and some things you can’t unsee

Surprising – The element of surprise is (usually) delightful

Social Media Friendly – Take the experience online, and give fans something to talk about and share

On Brand – One-of-a-kind means own-ability; put your signature on something only you can do

Emotional – Make shoppers and brand devotees feel something real; be visceral and tell a big story