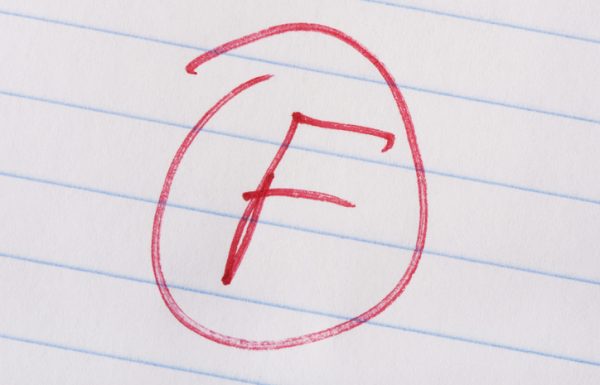 We’ve talked a lot about the benefits of a well-executed pop-up. A good pop-up is a memorable consumer experience, a buzz generator, and a brand invigorator. But all pop-ups aren’t created equal. Pop-up fails simply fall short – wasting your time and money or, worse, creating a bad rep for your brand.

With the proliferation of pop-ups around Manhattan at the end of the year, we took the opportunity to tour a number of them. What we found ranged from awesome to downright awful. If you couldn’t make it to NYC or didn’t have a chance to do a pop-up tour, here are some of the more common pop-up pitfalls that we found and what you need to do to avoid them.

Pop-ups don’t always need to be over-the-top (although if you have the budget for it, by all means, go big), but they still need to make a splash.

If you already have brick-and-mortar stores, creating a pop-up that doesn’t deviate from your permanent locations isn’t enough. Chances are your store layout is incredibly familiar to your audience – and, possibly, a little stale. We’ve seen brands draw consumers in with the promise of exciting pop-ups that, upon walking in, are essentially the same as existing stores. That’s not a pop-up; it’s the opening of a new (albeit temporary) store layout.

If you tell your audience that you’re hosting a pop-up, it better have the creativity and innovation of a pop-up. It can’t be the same old, same old. The easiest way to do this is to make it all about the experience, something they can’t get at one of your regular stores. Your pop-up visitor needs to walk away with a sense of excitement and uniqueness.

You can’t let this wow factor stand alone. The excitement has to extend back to your permanent stores. [bctt tweet=”If you launch a pop-up that marks a rebrand of your company, and keep your stores as is, that’s a failure of messaging – and a major disappointment to customers.  It’s a pop-up fail.” username=”medallionretail”]

Continuity works two ways. First, if you can’t effectively or financially create a continuity of experience, don’t create a pop-up that deviates too far from your brand. In other words, don’t wow your shoppers too much with a pop-up that every future interaction with the brand fails to live up to. Consumers hate the bait and switch – experiencing so much excitement at a pop-up but at their local store nothing has changed.

Second, don’t let the end of your pop-up mark the end of your campaign. Pop-ups may be temporary, but they should leave lasting impressions and can often direct the narrative for your permanent locations going forward. You don’t need to totally redo your stores. Adopt small essences from the pop-up: a display, an experiential jolt, or even a fun social media moment.

Attention to detail on the granular level is absolutely crucial. You’ve taken your pop-up from a glimmer of an idea to a full-fledged, living, and breathing concept. You don’t want to see your pop-up stumble and falter because of something you missed.

Take the time to make sure everything is clean, organized, and on par with your brand. I like to think of it in terms of cooking competitions. You can have a killer idea for a recipe, but if you overcook the food or add too much salt, you’re sent home. Every ingredient needs to work – and they need to work together.

You’ve spent months putting together a flawlessly executed pop-up – every store detail is accounted for, every duck is in a row. Opening day comes, and no one shows up.

What’s the point of spending money on an exciting installation if nobody is there to indulge? It’s like throwing dollars down the drain. Often, the media is the message (too!).

Your pop-up plan needs to include a communications strategy. Social posts, email campaigns, news articles – pull out the stops to make sure people know about the pop-up and are incentivized to show up. And don’t forget store windows – both to tease the opening and to reel people in once you launch. Your windows can be some of your hardest-working assets. It’s easy for consumers to shop online or just walk past. The onus is on you to excite them enough to get them into your store.

Fail to do so and, well, you could be like Kanye West, shutting down a pop-up within an hour and a half because nobody showed up.

What are the biggest pop-up pitfalls you’ve seen recently? Share what you’ve seen in the comments below.

Some ideas are just flawed from the start. It takes a strategic eye and an experienced retail agency partner to cut through the obstacles and create a winning pop-up. At Medallion Retail, that’s exactly what we do. Get started by reaching out to Michael or Chris at engage@medallionretail.com