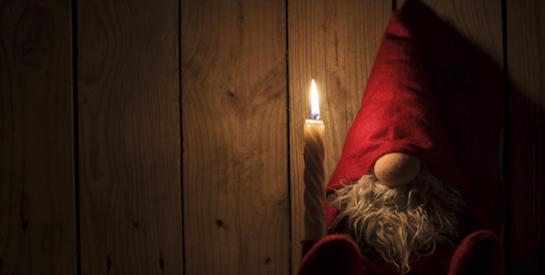 If the Grinch and Krampus met, fell in love and had a baby, that child would be Christmas Creep.

And while shoppers may not see signs of the evergreen-colored monster until at least October, retail marketers should be keeping a watchful eye right now. July is traditionally when retailers kick off holiday planning, and those who ignore the Christmas Creep today may not be happy with what they get on the 25th.

There are many shoppers who complain that the holidays come earlier and earlier every year; that retailers jingle the bells too early. But their grousing (and the predictable media coverage) hasn’t really pushed Christmas Creep back. Why? The benefits.

Consumers get huge takeaways from extended holiday-focused shopping. More time to buy means fewer items out-of-stock, less risk of shopping chaos, better deals, meaningful incentives, larger selection and friendlier service. Shoppers who continue to complain about the early arrival of Christmas are trumped by the rise of those who are eager to take advantage of it.

So how can forward-thinking retail marketers plan ahead to ensure that they create relevant, dynamic and non-Creep(y) year-end campaigns? Here are five ways:

Establish a relationship with shoppers and advocates early. During the holidays, shoppers are inundated with promotions and sales. It is extremely difficult to cut through that noise, so don’t wait until November to engage meaningfully with shoppers. This is a foundation that should be built on over the next four months, rather than starting from scratch on November first.

Listen to your shoppers and online communities, and identify advocates and fans who are already talking about the brand. Then strengthen relationships with them. A surprise-and-delight program that rewards their loyalty, an invite to an exclusive event, a fan-only special offer or interest in their opinion will go a long way during Creep.

Also, plan now for collaborations with influencers who truly have an affinity for your products to gain more authentic and compelling holiday message distribution.

Rethink the concept of Black Friday. In October 2015, outdoor retailer REI announced it would close its stores on Black Friday, and encouraged its customers to enjoy the outdoors rather than shop (with the hashtag #OptOutside). This was an effective strategy because it was on-brand for REI, tying into their core values and personality.

Most retailers shouldn’t opt out of Black Friday altogether. They should, however, seize the day as an opportunity to speak to and interact with their shoppers in a specific brand voice.

Amp up the drama. The demand for the Shopper Moment is never higher than at the holidays. In-store theater is one of the physical retailer’s most potent weapons in the fight against online rivals. What is a click of the mouse or a tap on a smartphone compared with a face-to-brand interaction that is tangible, personalized, jaw dropping or emotionally resonant?

Retail marketers should make the most of their physical spaces during the holidays and surround the shopper in memory-making, talk-able, share-worthy Moments.

Link in-store and digital. Speaking of surrounding the shopper, it is critical that in-store activities dovetail with online promotions and experiences. Make sure the shopper sees (and feels!) the continuation of the brand conversation as she moves across venues and platforms. Build infrastructure now so that her Moments are seamless and friction-free. Also, acknowledge her dedication to and love of social media; provide her with surprising ways to express herself online (and advocate for your brand.)

Get the timing right. Granted, seeing holiday displays in August is a surefire way to annoy shoppers. But retail marketers still must get holiday messaging out early enough so that shoppers are “in the know.” This calls for strategic, campaign-minded management of Christmas Creep. Keep brand messaging fresh with waves of promotions, signage and display that build throughout the holiday season.

New holiday-themed displays and content should roll out on a monthly or weekly basis. Target early birds in September with “sneak peek” messaging. Then visually and thematically build to an end-of-year crescendo. Take the time to tell a story.