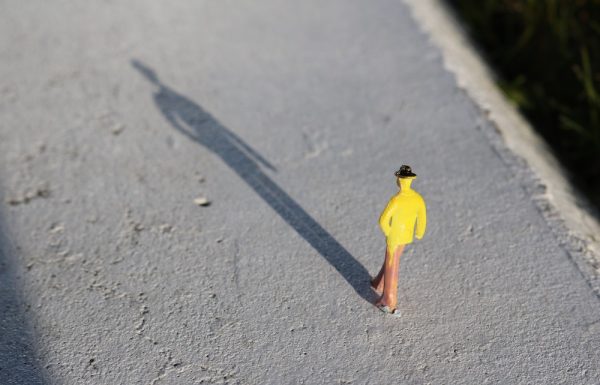 Is bigger really better? When it comes to your retail footprint, the answer is increasingly becoming no. Smaller stores are presenting efficient, market-friendly solutions.

We see brands moving away from the tried-and-true, big-box suburban store strategy in favor of smaller, carefully curated spaces in cities and bustling college towns.

In doing so, brands are looking to answer the multi-billion-dollar question: how to retain customer loyalty while keeping brick-and-mortar not just relevant, but a continuously vital part of the omnichannel, retail mix?

As the December U.S. Census Retail Report shows, department store sales are dropping; even with the Black Friday boost, December 2018 sales were down 2.8% from 2017. The January closing of the Lord & Taylor’s 104-year-old NYC flagship store stands as a testament to the decline. Small format and C-stores, however, continues to grow – with sales outpacing their larger counterparts by nearly 400%.

Even so, scaling down comes with its own set of risks. Brands need to ensure their signature look and feel aren’t lost during floor space downsizing. And considering the need to create a seamless, memorable in-store experience that connects to the online retail world, there’s greater pressure to select and display the right inventory for each location.

Consider Target’s strategy. In 2012, the retailer debuted its first small-format store in Seattle’s Pike Place Market. Since then, Target refined the model– and now the retailer is preparing to roll out 130 small stores across the U.S.

For Target, smaller spaces are a game-changer. The tighter format creates an opportunity to showcase the brand’s best assets – low-cost, interesting products – based on the locale. Say goodbye to sprawling floor plans and an overwhelming quantity of merchandise.

An added bonus of the small-format design is the seamless transition it establishes between Target’s digital and brick-and-mortar operations. Shoppers can opt to buy online and pick up in-store (BOPUS), or easily return items via a drop-and-go bin. “Leveraging stores to support these online sales remains compelling, with Target indicating that three-quarters of its online sales benefited from its stores,” said Charlie O’Shea, Moody’s lead Target Analyst. Think about that for a minute: three-quarters of online sales benefited from stores. That doesn’t sound like a retail apocalypse to us.

So far, going small is working in Target’s favor. In early March, the brand reported its best sales since 2005– an astounding feat, considering how far the company stock plummeted just two years ago.

Like Target, IKEA is hoping that a smaller retail footprint can help transform its customers’ shopping experience. For years, New Yorkers relied on the store’s sprawling Red Hook, Brooklyn location for their furniture needs – but the Brooklyn address made the shopping commute cumbersome. Travel on mass transit and long lines turn a sofa purchase into a full-day activity, and bringing that new sectional back to Manhattan could cost you more than it’s worth.

This year, IKEA hopes to change all that when it opens its small “Planning Studio” on the Upper East Side in Manhattan. Here, Manhattanites can check out staged showrooms and get design advice from IKEA professionals before they opt to order online.

The city-center store is the first of five plans to launch across the U.S. in the coming years as part of a greater strategy to compete against e-commerce retailers. For IKEA the smaller footprint couldn’t come soon enough. For years, sites like Amazon and Wayfair have brought much-needed innovation to the retail furniture space. Now, it’s high-time for IKEA to catch up.

“It’s an example of how we’re reaching our customers in new ways, so it will be more accessible and more personalized,” said Angele Robinson-Gaylord, president of U.S. property at IKEA.

But the showroom trend doesn’t stop with furniture. Nordstrom is also leveraging a smaller footprint to showcase its best differentiator: signature style services. Dubbed Nordstrom Local, the small-store offshoot gives shoppers a radical fashion experience. How? Well, for starters, there’s no inventory. This would have been unfathomable just a few years ago. Following in the footsteps of successful brands like Bonobos, the retail space functions as a fashion showroom: shoppers come to meet with a stylist, try on select outfits, get fit by a tailor and pick up online orders.

But unlike the spare Bonobos experience (Nordstrom showcases are more Apple-like), Nordstrom Local adds perks to create a luxurious, memorable experience for visitors (think Kimpton Hotels), there’s a manicurist, barista and bartender on-site, and long marble tables where shoppers can sit to answer emails or do work. Plus, each Nordstrom Local shop lives up to the name: the interior decor matches the specific look and feel of the neighborhood, giving visitors a more intimate, more community-focused experience with the brand.

It’s worth noting that Nordstrom’s small-store, showcase concept is still in beta mode: so far, only three are open, all in Los Angeles, though there are plans to open a fourth location in NYC. But this move is intentional. New York and LA shoppers account for 20% of Nordstrom’s total sales; with Nordstrom Local, these target customers are brought even closer to the brand.

“Our customers have told us they want to shop where, how and when they choose,” said Jamie Nordstrom, president of stores. “One of our goals with Nordstrom Local is to help provide them with a seamless and convenient experience…right [in] their neighborhood.”

For Walmart, C-stores add fuel to the fire

Meanwhile, Walmart is rolling out a convenience store option that will appeal beyond urban-dwellers. Last summer, the mega-retailer opened its first c-store, the Walmart Fuel Station, in Texas.

For Walmart, the move to c-stores is relatively seamless. Some Walmarts already have gas stations on site, the result of a (now expired) partnership with fuel supplier Murphy USA. With Walmart Fuel Stations, the retailer is just bringing those operations in-house.

But beyond an added revenue stream, the c-stores create an excellent opportunity to attract new customers without disrupting existing store operations. It’s a genius plan: Walmart Fuel Stations bring in all kinds of customers, even those who wouldn’t typically shop at the retailer. That’s where in-store signage comes into play. Captivating digital and traditional signage and displays in the stations can grab attention, compelling drivers to take a trip in-store to check out the deals.

Not all small stores are created equal, though. In March, Amazon announced plans to close all 87 pop-up stores in the U.S. First launched in 2016, the pop-ups kiosks were part of a pilot program to test Amazon-branded tech products, including the Echo and Kindle devices, in suburban malls.

It’s unclear what the customer barriers were with Amazon’s first foray into small-scale brick-and-mortar, but the answer may come down to merchandise. Instead of limiting itself to tech, Amazon plans to move forward with its more diverse small-store ideas, including Amazon Go and Amazon 4-Star. Both stores rely on signage to create a perfect bridge between e-commerce and in-store: tables of inventory marked with signs announcing the products are “Trending Around NYC” or “Items Frequently Bought Together,” just as they do on the e-commerce website.

This could pay off for brands and shoppers alike, delivering added value from experience and convenience. And for those retailers that want to stay big? Well, they could end up downsizing in a different way.

Need a retail agency partner in implementing your brilliant smaller store strategy? Reach out to Chris Gordon or me at Medallion Retail at engage@medallionretail.com

Do you think a smaller store retail footprint is a positive long-term trend? Comment below!