Can the Grocery Store Save the American Mall? - Medallion Retail
Strategy, Transformation

Can the Grocery Store Save the American Mall? 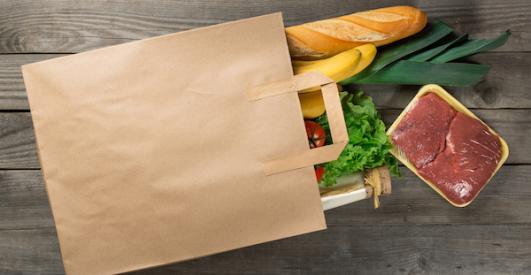 Filmmaker Dan Bell stood quietly at the mall’s expansive information desk. Had he been seeking directions to Macy’s or in need of a page to find a lost kid, he would have been completely out of luck.

Because the desk was unmanned, and Bell was completely alone. This mall was dead.

Today, thousands of empty suburban malls dot the American landscape. Bell documents these decaying, echoing, memory haunted buildings in a collection of videos called The Dead Mall Series. The short films are fitting eulogies to our once grand “cathedrals of consumption.” (A website, DeadMalls.com, also documents the decline of the American mall.)

Some of these shopping centers are being demolished. Others are rotting in place, on life support and dragging communities down with them. Some are going deluxe, selling Teslas to the one-percent. Others are being resurrected to house retirement villages. Condos. Churches. And grocery stores.

Can grocery stores save dying shopping malls as department store brands continue to shutter at a record speed?

Writing for the Washington Post, Thomas Heath explored the seemingly incongruous trend of opening grocery stores in the old anchor stores of regional enclosed shopping malls – a trend that’s not entirely new but has become increasingly common over the past couple years. It is believed that the presence of a large grocery store can turn around the fortunes of on-life-support suburban shopping malls as shoppers continue to gravitate toward online retailers like Amazon.com.

“There has been a real acceleration of anchors closing their operations,” Mark Ordan, a man who has the distinction of being both the former CEO of a natural foods supermarket chain and the former chief executive with a major mall operator, explained to the Post. “As traditional anchors leave, it’s an opportunity for both the mall owner and the supermarkets.”

Ordan noted that, despite largely being an anomaly in the United States for the past several decades, shopping malls are kind of perfect match for supermarkets. When taking over the spaces left behind by department store anchors, there’s usually more than enough square footage to go wild with new concepts along with a ton of built-in parking and increased visibility. “It makes it very attractive for the tenant,” Ordan said.

As Tom McGee of the International Council of Shopping Centers explained to the Post, there’s the added one-stop-shopping appeal for Millennials who would prefer, for efficiency’s sake, that grocery stores and shopping malls not be segregated. “Part of it is convenience, the ability to do things in one location. Millennials value convenience,” said McGee.

In a space once populated by J.C. Penney at the Natick Mall outside of Boston, there will soon be a Wegmans. At College Mall in Bloomington, Indiana, Sears (a tenant since the first mall opened in 1964) will be demolished to make way for a 365 by Whole Foods Market. The Kingsdale Shopping Center in the suburbs of Columbus, Ohio, boasts a new Kroger in a sprawling space that once housed Macy’s.

Not Everyone Sees the Grocery Store as Savior

Some retail experts claim that the ideal locales for grocery stores aren’t the spaces left vacant by defunct and dying shopping mall anchor stores, as Ordan and McGee suggest.

“The fact that there’s vacant mall space at the old-school, indoor malls and the hit they are taking from online companies is really significant,” Jeffrey Metzger, publisher of trade publication Food World, told the Post. “If you talk to Giant, Safeway or Kroger, the old-world mall is not their target. They would still like to be on Main Street.”

And while a spacious, sparkling new Whole Foods may draw a greater number of people to a struggling suburban shopping mall than, let’s say, an on-its-last-legs J.C. Penney, The Consumerist pointed out that this isn’t necessarily beneficial to the rest of the mall. “The disadvantage is that grocery anchors don’t do what traditional mall anchors do. They don’t bring people to shop in the rest of the mall in the same numbers, since you wouldn’t start at Wegmans, then lug your groceries through the rest of the mall.”

“It’s a fine line how this strategy is implemented,” said Thomas Dobrowski, executive managing director of capital markets at real estate services firm Newmark Grubb Knight Frank, to the Wall Street Journal. “The addition of a grocery anchor is not necessarily complementary to the other stores, particularly fashion retailers.”